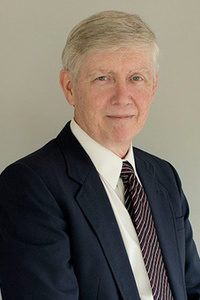 Paul Beamish has authored over 59 books and 136 journal articles. His books are in the areas of International Management, Strategic Management, and Joint Ventures and Alliances. His articles have appeared in Academy of Management Journal, Academy of Management Review, Strategic Management Journal, Journal of International Business Studies (JIBS), and elsewhere. He served as Editor-in-Chief of JIBS from 1993-97 and is on numerous editorial boards. He is a Research Fellow of the Asia Pacific Foundation of Canada.

Professor Beamish has supervised 34 PhD dissertations, many involving International Joint Ventures and Alliances. His consulting, management training, and joint venture facilitation activities have been in both the public and private sector. These have taken place in over a dozen countries for such organizations as Boeing, Canadian Foreign Service Institute, Cisco, Dupont, Harvard Institute for International Development, Hayes-Dana, Labatt/Interbrew, Schneider, and Valmet. He worked for Procter and Gamble and Wilfrid Laurier University before joining Ivey’s faculty in 1987. He is the founder of The 39 Country Initiative.

Beamish has authored over 135 case studies, primarily in the international management area. These have appeared in Asian Case Research Journal, Case Research Journal, and in over 120 books. His cases have been among Ivey’s top external sellers in each of the past ten years. He is recipient of best case writing awards from the European Foundation for Management Development, AIB, and ASAC.

Professor Beamish (Bao Ming Xin in Chinese) has worked on Asia-specific issues for many years. He has written case studies and/or conducted research involving China, Hong Kong, Japan, Korea, Malaysia, Singapore, Taiwan and Vietnam. He has served as a consultant to The World Bank on technology transfer to China, provided training programs in Asia for Foreign Affairs and International Trade Canada, and co-edited a series of casebooks published in Chinese by Tsinghua University Press. He is series editor for 16 volumes of cases for the China market available in both English and Chinese and 10 volumes in Taiwan. His Asia-related books include Japanese Subsidiaries in the New Global Economy (Edward Elgar), Cooperative Strategies: Asian-Pacific Perspectives (published by The New Lexington Press), and Japanese Multinationals in the Global Economy (Edward Elgar).

He was the founding Director at Ivey of both the Asian Management Institute (1997) and the Engaging Emerging Markets Research Centre (2005). These were both folded into the International Business Institute (2016).